The President's Cup will be played on two of the oldest and best courses in the area, Ljunghusens Golfklubb on Wednesday, 24th April and Falsterbo Golfklubb on Thursday, 25th April. 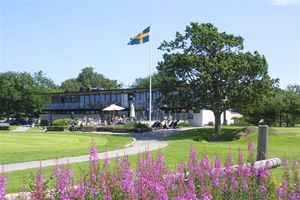 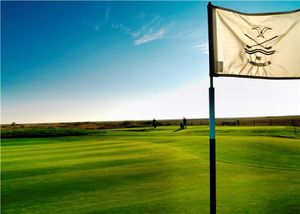 The golf club was founded in 1932 and the links course is laid out in the unique heath landscape of the Falsterbo Peninsula. The original first holes were cut out from the natural links terrain and gradually over the years new holes were added so in the mid 1960's the golf course consisted of 27 holes, the first in Scandinavia.

Together with the wind from the Baltic Sea and many bunkers the golf course can be very challenging. The heather surrounding the golf course makes it even more interesting. There are many different kinds of heather along the course and many rare species of flowers. The environmental diversity of the area is apparent and in harmony with the golf course.

For many years the golf club has been in the front of environmental awareness regarding management of a golf course in a sensitive area.

Like Falsterbo the course has hosted numerous national and international championships. European tour events were played here in 1984 and 1987 and the European Team Championship for Men was played here in 2001. During the event Luke Donald set a new course record of 63 shots. 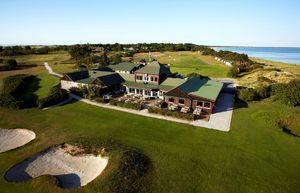 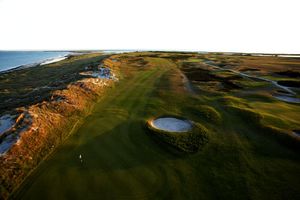 The Falsterbo golf course is situated at the tip of Sweden´s south-west peninsula where the Baltic Sea and the strait of Öresund meet. The golf course is laid out in a nature reserve and not only golfers enjoy their time on the golf course as the area is also frequently visited by bird watchers. The peninsula is the last stop for many migrating birds.

Falsterbo is an excellent example of a classic links course with sand dunes, natural depressions and fine turf. The course has been ranked many times as one of the best on the European continent.

Falsterbo Golf Club was founded in 1909 and the first nine holes were laid out on the links by Robert Turnbull, a professional at Copenhagen Golf Club. The present 18 hole layout was designed by a local golfer, Gunnar Bauer, and open for play in 1930. A total renovation of the green areas has been carried out in the later years but the course layout remains practically the same.

Many national and international championships have been held on the links course. The European Team Championship for Men was played in 1963 and won by England with Sir Michael Bonallack as playing captain. In 1986 Falsterbo hosted the PLM Open, a European Tour event, won by Peter Senior.