"The laying out of a golf course is by no means a simple task." Willie Park, Jr

The EIGCA 2001 Yearbook is particularly significant for it is exactly 100 years since Willie Park, Jr. revealed his design for the first golf course at Sunningdale. Today it is accepted that this event represented the beginning of golf course architecture as a recognised profession. 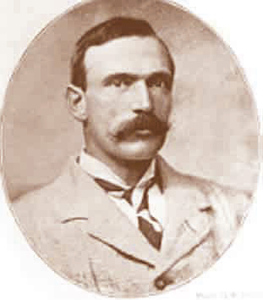 Until this time most courses had been laid out by professional golfers and greenkeepers, but generally, their work involved the siting of greens, tees and hazards in natural locations where little or no construction work was required. Many of these courses were disappointing, particularly as the game moved inland from its origins on the Scottish links to land less blessed with natural features. It was not until golf reached the sandy heathlands of London and the Home Counties that the first true golf course architects began to flourish.

Willie Park Jr., Harry Colt, John Abercromby and Herbert Fowler were the first visionary golf course designers with the imagination and skills to convert what was then seen as unpromising land into great golf courses. Their work was inextricably linked, partly by the nearness of their operations, but also because they were willing to learn from each other and teach others their trade. They were the first to thoroughly scrutinise sites, prepare detailed plans and supervise construction of their courses, either personally or through a partner or associate.

Even today a list of the golf courses completed by these pioneers of the architectural profession stands as a testament to their expertise. As well as the Old Course at Sunningdale, Willie Park designed Huntercombe and West Hill. Abercromby was chiefly responsible for Worplesdon, after consulting Willie Park, and went on to design The Addington and Coombe Hill. 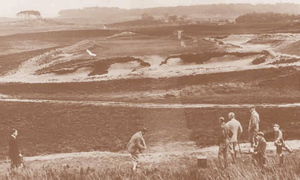 Harry Colt became the first secretary at Sunningdale and designed the New Course there as well as both the East and West Courses at Wentworth, Swinley Forest, St. Georges Hill and the Eden Course at St. Andrews. Colt was also probably the first architect to start working regularly throughout Europe where he completed Royal Waterloo and Royal Zoute in Belgium, St Cloud and Le Touquet in France and Royal Madrid in Spain. Herbert Fowler’s most well known works are probably Walton Heath and the Red and Blue Courses at the Berkshire, but he also designed links courses at Cruden Bay in Scotland and Saunton. 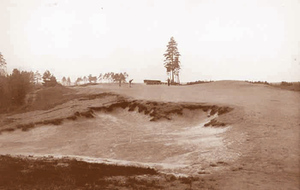 Following these men were a succession of great names, many of whom had learned from and worked with their predecessors. Herbert Fowler went into partnership with Tom Simpson, a brilliant and, at times, eccentric golf course architect who pioneered the art of strategic golf course design, moving away from the largely penal style that, until this time, had been typical. Much of Simpson’s finest work was completed in the 1920’s including New Zealand Golf Club in England and several projects in France and Belgium including Chantilly, Morfontaine and Royal Antwerp. James Braid, five times winner of The Open, was the professional at Walton Heath and designed the courses at Gleneagles, Carnoustie, Hoylake and St. Enodoc. Charles Alison collaborated with Colt on many projects, particularly outside Britain, including Frankfurter and Hamburger in Germany and many courses in the United States.

Alister Mackenzie was also an associate of Harry Colt and is recognized as one of the most influential golf course architects of that era, mainly due to his superb work outside Europe, particularly in Australia and North America. Mackenzie’s brilliance is best known at courses such as Royal Melbourne, Cypress Point and Augusta National but his lasting legacy was in listing the essential features for the design of the ideal golf course which still form the basis of good golf course design today.

The other dominant designer of the first quarter of the 20th Century was Donald Ross who, like Mackenzie, was of Scottish origin and worked almost exclusively in North America. Heavily influenced by his knowledge of St. Andrews and particularly his home club at Dornoch, Ross was a dedicated exponent of strategic golf course design. Of the hundreds of courses that carry Ross’s name perhaps the best known are Pinehurst (No. 2) and Seminole. 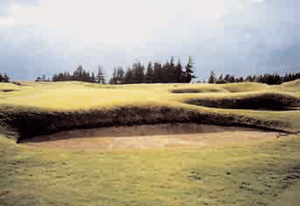 In 1922, J.H.Taylor, like Braid a five times Open Champion, went into partnership with Fred Hawtree and produced many golf courses in the United Kingdom as well as several in Europe. Hawtree was a great exponent of creating public golf courses but his legacy was to start a family business that continues, after three generations, to practice golf course design today.

Around 1930 three other designers had considerable impact, both individually and in partnership. The name of S.V. Hotchkin is most recognised for the work he carried out at Woodhall Spa, arguably one of the finest inland golf courses in Great Britain. C.K. Hutchison worked as an assistant to James Braid at Gleneagles and Carnoustie and went on to remodel some of the best courses in England including Ganton, Royal West Norfolk and Brancaster. Guy Campbell was responsible for West Sussex and Killarney and also worked at Prince’s and Rye.

In the same period Philip Mackenzie Ross, a former partner of Tom Simpson’s, was working throughout Europe developing courses in France, Spain and Portugal as well as the United Kingdom. After 1945 he carried out a great deal of remodeling and restoration and in 1949 completed Southerness, in southwest Scotland, which is probably his most respected work. In 1971 Ross was elected the first president of the British Association of Golf Course Architects.

Also on the Continent, Bernhard Von Limburger amassed a large portfolio of golf courses, particularly throughout Germany, including Club Zur Vahr and Lindau, while Javier Arana, working exclusively in Spain, completed El Saler, recognized as one of the finest courses in Europe, and El Prat.

Towards the end of the 20th Century the traditions of the founding fathers of the profession continued. Names such as Fred W. Hawtree, Hamilton Stutt, Don Harradine and Eddie Hackett became synonymous with the development of golf course design in Europe and, with others, they were the first to establish an association of professional golf course architects.

Since 1945 there have been huge changes in golf equipment and vast improvements in course conditioning. Courses have become longer, sites are less ideal for golf and the scale of earth-moving operations has become greater.

Today the European Institute of Golf Course Architects has 60 practicing members who combine their understanding of golf with their professional training in golf course architecture, as well as other design and engineering disciplines, to create golf courses to the highest standards around the world.

“The laying out of a golf course is by no means a simple task…..Great skill and judgment and a thorough acquaintance with the game are absolutely necessary to determine the best position for the respective holes and teeing grounds and the situation of the hazards.”

After one hundred years of evolution these words are perhaps even more appropriate today.


This article first appeared in the Institute's Yearbook 2001-2002.