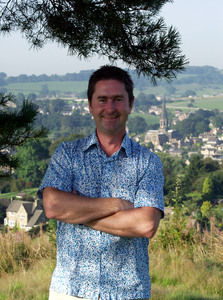 In the UK, there are hundreds of 18-hole courses built on sites that are simply too small to accommodate them. Many of these courses are short by modern standards, at around 5,500 to 6,000 yards from the back tees, with narrow safety margins that would make an insurance consultant, or the health and safety officer from the local authority, cringe. Given recent (increasingly prevalent) claims for damages and compensation, this puts many UK clubs at great risk.

These safety margins range can from 60 to 80 metres and up to 100 metres, depending upon what the neighbouring land use is. The measurement is taken at right-angles from a fairway centre-line to the nearest boundary. 60 metres has been considered, for many years to be acceptable, however, in recent years, due to the technological advances made in equipment and balls, this has needed to be increased to 80 metres. In relation to railway lines and motorways the advisory distance increases to 100 metres.

I’m able to make reference to these figures because I’ve been advising local authorities, private developers and golf clubs (private and proprietary) for over 20 years in relation to safety issues.
The kind of situation I advise upon, as an expert witness, is wide and varied: for example:

Irrespective of the circumstances, the safety of neighbours has to be paramount. As an experienced professional advisor on golf course design/architectural matters it would be foolish of me to advise clients to use narrower safety margins than I know are insufficient, or dangerous. The result of personal injury from an errant golf ball isn’t just a bruise, but more likely to be a blinding, brain damage or death. I’ve been hit by a golf ball and it hurts. On my thousands of visits to golf courses to undertake assessments I’ve almost been hit on numerous occasions. Greenkeepers takes their lives into their own hands on a daily basis. It’s often the case that some golfers don’t even know they’ve put someone in danger because they have no idea where their ball has gone.

One of the first rules of golf, published by The R&A, in Section I – Etiquette; Behaviour on the Course – reference is made to the need for the golfer to be mindful of safety to other players. But no reference is made of the safety of neighbours or of passers-by (on foot, bicycle, horse, or in vehicles) on public highways, footpaths, bridleways, railway lines, etc.

So, how do golf clubs and owners of proprietary and municipal facilities deal with this wave of safety consciousness/paranoia? Well, one municipal 9-hole course I know has been closed down (by the local authority) in the past two years due to a safety problem. Many facilities consider erecting ball-stop netting/fencing, but you have to apply for planning permission to install it because it is a permanent structure, which has a significant landscape character and visual impact – it isn’t always likely that consent will be given.

Neither the R&A or England Golf provide published advice (that can be used as precedent/reference in court) in relation to safety on golf courses. The European Institute of Golf Course Architects doesn’t publish guidelines or advice, either. However, Senior Members of the Institute will, generally, agree that a safety margin if 80 metres (from fairway centre-line to the nearest neighbouring boundary) is acceptable. This measurement, however, may be affected (i.e. it may need to be increased) by elevation (tee in relation to fairway), whether the hole is a par-3, par-4 or par-5; by alignment related to prevailing wind direction; by proximity to vegetation (forest/woodland) and water features; or by proximity to a motorway or railway line.

We are cognisant of research done by The R&A, however, we cannot apply it in expert witness cases because it is not published for use by the general public. Also, the measures are just not relevant.

This article was originally published in Golf Club Secretary, November 2015.