Are longer courses the only golf course design solution to modern technology and long-hitters? 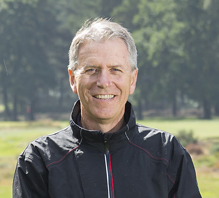 Of the many American golf courses built during The Golden Age - the years 1915-1940 – 24 are still ranked among the best 100 golf courses in the world (Golf Digest 2016). Why? Because some of the talented, creative and forward-thinking golf course architects of the time understood golf course design and that courses are only interesting if the golf holes are of varied length and challenges and also have great strategic values.


"The quality of a golf hole is not based on length, but how interesting it is to play"

A.W. Tillinghast, designer of many golf courses in the 1920s, four of which are still used for the US Open

The influence of modern equipment technology

Using the analogy of what has happened in tennis, technology has killed the game. Modern rackets have replaced the skill of making a shot, with power, and as a result people got bored of watching strong players smash the ball and the resulting one-dimensional game. The public stopped going to professional tournaments and then stopped playing tennis themselves.

Will golf be the next victim of technology overkill? Has golf learnt anything from tennis? I think not. The golf professionals of today drive more than 300 metres, that’s 100 metres further than in 1920, and bunkers are no longer in play. Is this a problem or just an evolution we have to accept?

The simplest solution to the gauntlet thrown down by enhanced equipment technology is to add length to golf courses, to accommodate longer shots – look at the courses preferred for the PGA and European Tours as evidence. The next tournament golf course design is longer than the last and many classic courses cannot be used as they are not challenging enough for the modern professional game.

The practice of lengthening courses is compounded by golf clubs fearful that members will leave and join rival clubs if their course is too short. This fear appears unfounded, however, as only 1% of golfers feel comfortable playing a golf course of more than 6,500 meters, and 75% of the male players prefer courses of 4,600-5,800 metres in length.

When faced with a new golf course design project, the golf course architect needs to balance how to increase the challenge for the best players whilst maintaining the playability and fun for amateurs of all levels.

Island greens, narrow fairways with high rough on both sides, water hazards on every hole and 100 metres of unplayable rough in front of the tees, are not the answer - these just increase the frustration level for all. A golf course architect needs to be much smarter in their solution.

These are my nine nuggets of how architects can make a golf course more challenging, without lengthening the course:

When giving the players multiple options and tempting challenges from the tee, many will feel uncomfortable and that will inflict their game. Make the players think by creating holes which need strategies, otherwise they will just try to play a long drive to the middle of the fairway.

Short golf holes with well-placed hazards are always interesting. The best players expect birdies. They feel the pressure and sometimes play too aggressive with a double bogey as a result. Players with the ability to read the strategy of the hole and the undulations of the green will always perform well on a short golf hole.

The shots that most players are uncomfortable with, are to play a fade from the fairway when standing below the ball or play a draw when standing above the ball. Using the natural slopes and designing the holes at the opposite direction of what feels natural is not used much by today’s architects, but the The Golden Age architects used it to good effect from time-to-time. 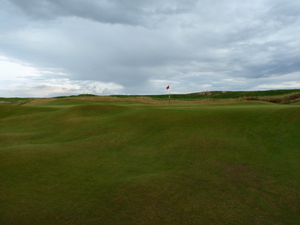 At Castle Stuart GC there are some steep greenside slopes

Golf pros want to play a high shot from the fairway directly at the flag. If the flag is placed near the green edge, and the outside slopes are mowed to fairway height, a mishit will mean that the ball runs away from the green. The next shot may be a putt, a high lob which is difficult to do from short grass, or a chip to the green edge hoping to roll the ball to the pin. Three alternatives to finding the most effective solution. 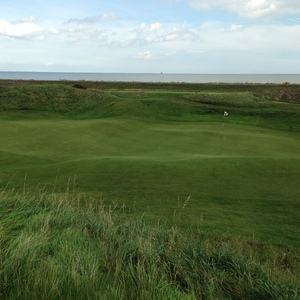 If the green has a lot of inner movements and multiple areas for pin placements, especially near the green´s edges and the green bunkers, the player´s ability to read the green when playing the approach shot will have a large effect on the outcome. Instead of trying to land the ball near the flag, he must decide from what direction he will have the easiest putt and what will happen if he lands the ball on the wrong side of the flag.

6. Undulations in front of the green 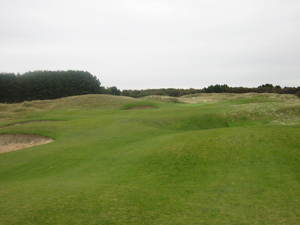 If the greens are firm, the only option is to land the ball in front of the green and let the ball roll towards the flag. A creatively-shaped fore-green means attractive golf; both for the players and the people watching. One of the most important qualities a player must have to win The Open, is to have the ability to foresee how a ball will react from its landing point to where it will settle down. 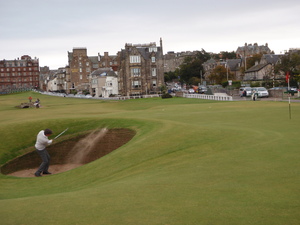 Golf pros prefer shallow bunkers with the same sand depth and quality on every course they play. The bunkers must be deep and unpredictable to be a real hazard for the best players. 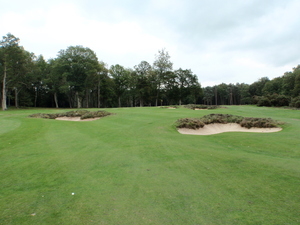 A hazard that does not punish the player has no psychological effect. On a well-designed strategic golf course the bunkers are placed where the players wants to stand when playing their next shot. If the consequence of failure is big, the pulse rate will increase and the player will feel the pressure to make a good shot. If the player starts to think about the consequences after a mishit shot instead of doing the right things, the architect has provoked him. The best courses so overwhelm players by well-placed bunkers that they forget the wide landing areas and the big greens.

Golf course architects look for solutions to increase the best players´ tension through most of the round. The blind shot has the same effect as visible out of bounds markers, water hazards or long carries over rough; you often make a worse swing that you normally would. Many players expect everything to be visible and well defined, and if not, on occasion, they will get frustrated. A green part hidden if you are on the wrong side of the fairway is an exciting strategic option if not used too often.

What do you think? Is lengthening a golf course the answer to increasing the level of challenge in the game? Or should the skill of experienced and qualified golf course architects in determining other tactics to employ win through?