Based in Fribourg Switzerland, Sports Surface Consultants, who specialise in offering customised solutions for all golf course needs, have recently partnered with Better Billy Bunker to become a certified installer of the patented bunker construction method. 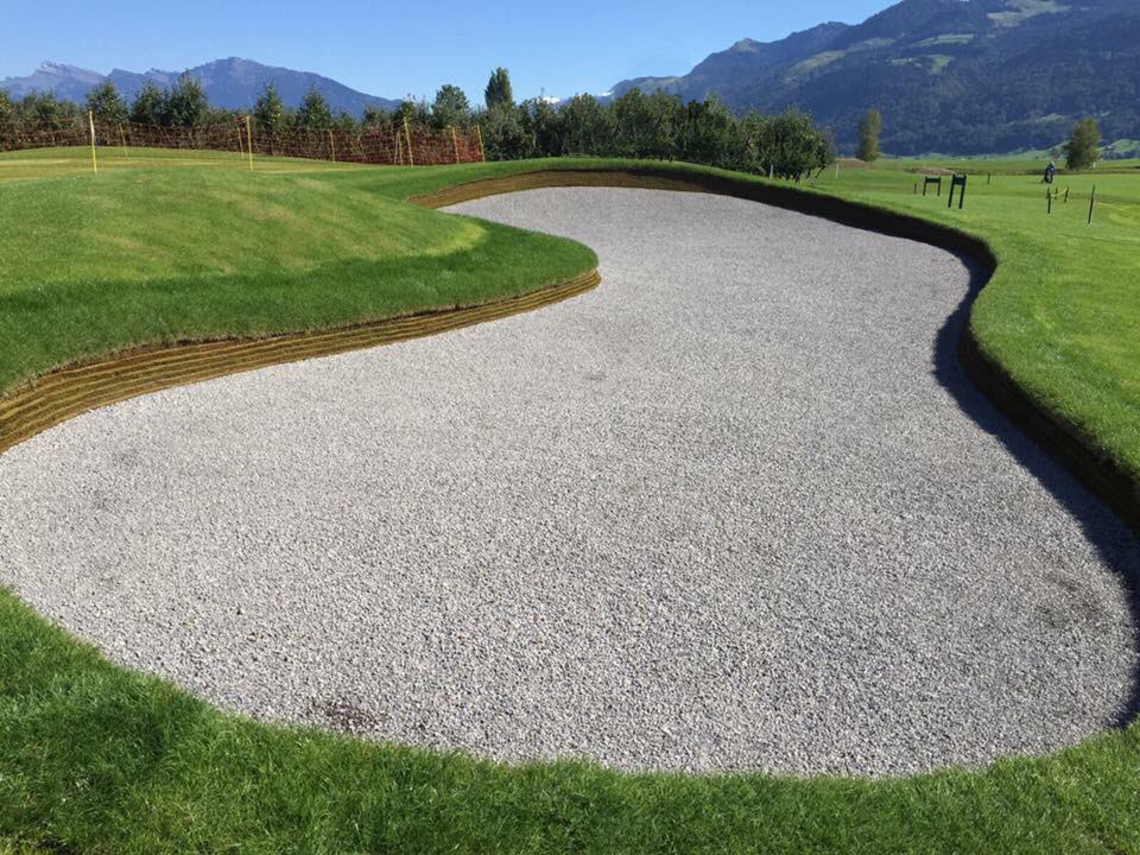 “For some time now, we have been looking at the modern methods to reduce the costly inputs associated with bunker maintenance. The Better Billy Bunker method suits the ground movement experienced due to the low temperatures here in winter, as well as the heavy storm rainfall during the playing season”, says Company Director, Richard McGlynn.

Sand resources suitable for bunkers are no longer readily available in Switzerland and must be imported. Therefore, the cost of replacing contaminated sand every number of years due to washing out, as well as the high lobour costs to replace the sand on the bunker face after each rain event quickly adds up. Without the need to replace contaminated sand combined with the reduced maintenance from washouts can equal a return on invested in as little as four to five years. 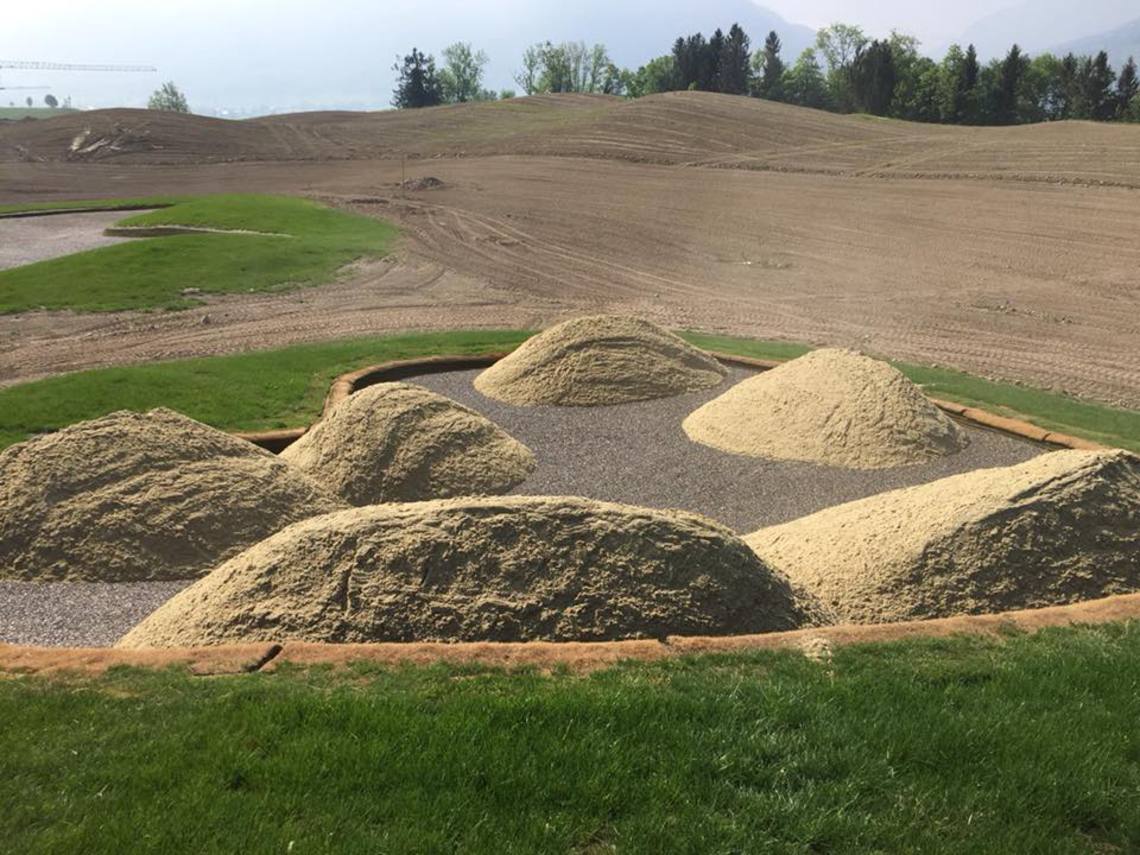 Golfpark Zürichsee (formerly Nuolen), originally designed by Peter Harradine, is currently constructing an additional 9 holes, bringing their facility to 27 holes. Due to severe washouts related to heavy rain events, Course Manager Steven Tierney MG required a solution. “The new bunkers designed by the current architect, Kurt Rossknecht, have steeper faces and without Better Billy Bunker it would not have been possible to maintain sand on the faces”, commented Tierney. He continued, “Better Billy Bunker is being installed in combination with Durabunker to produce a fully sealed bunker system which further reduces maintenance and the chance for contamination since traditional edging is no longer required.”

Another Harradine course, Golf de Lavaux, located just north of Lake Geneva, is following suit to increase quality and reduce maintenance by combining Better Billy Bunker and Durabunker. Test bunkers have been installed and feedback from both members and guests is positive. 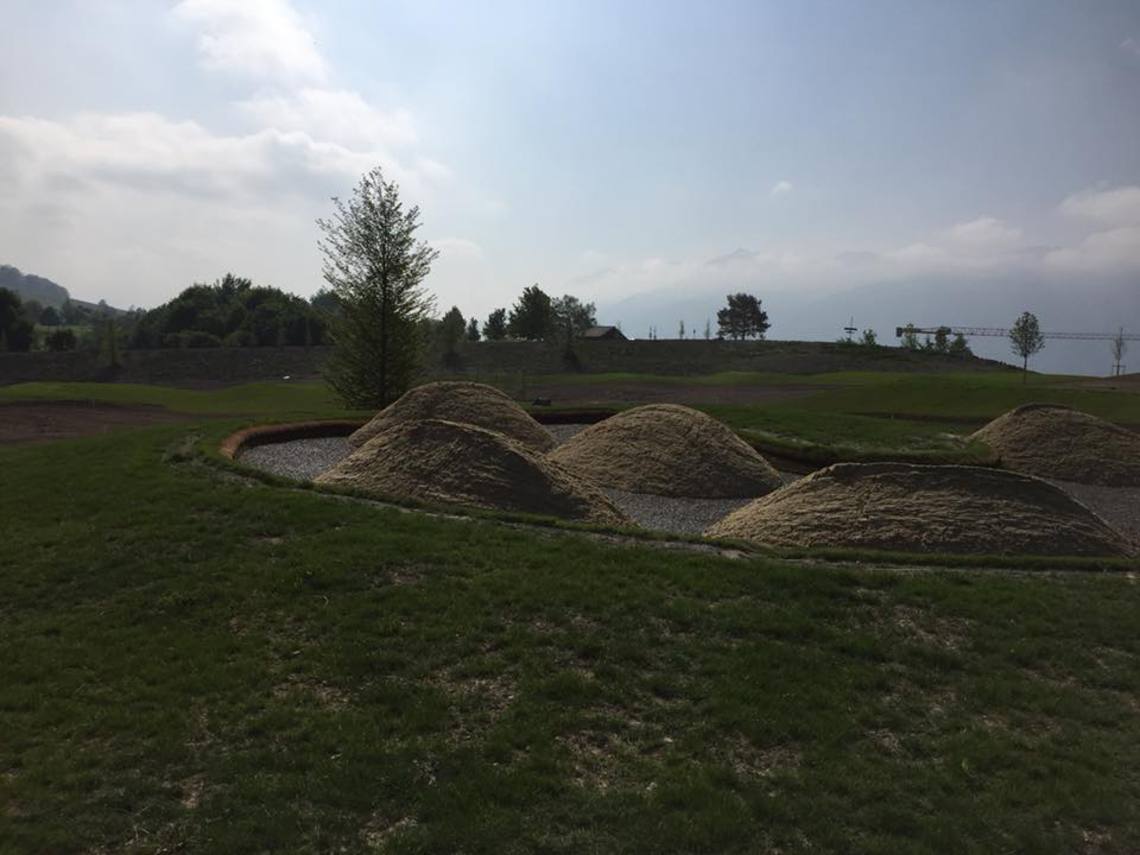 “Quality is everything” remarks Sports Surface Consultants` Technical Director, Markus Welten. “Better Billy Bunker is installed by certified installers thus ensuring we can control and guarantee the quality of the installation. We are pleased to combine our expertise with the best bunker construction method in the world.”

Sports Surface Consultants bring together almost 25 years of experience with construction, establishment, maintenance and renovation throughout Europe, Asia and the Middle East.

For more information go to www.betterbillybunker.com