Over 600 golf courses around the world have installed Capillary Concrete Bunker Liners, including Loch Lomond Golf Club in Scotland. 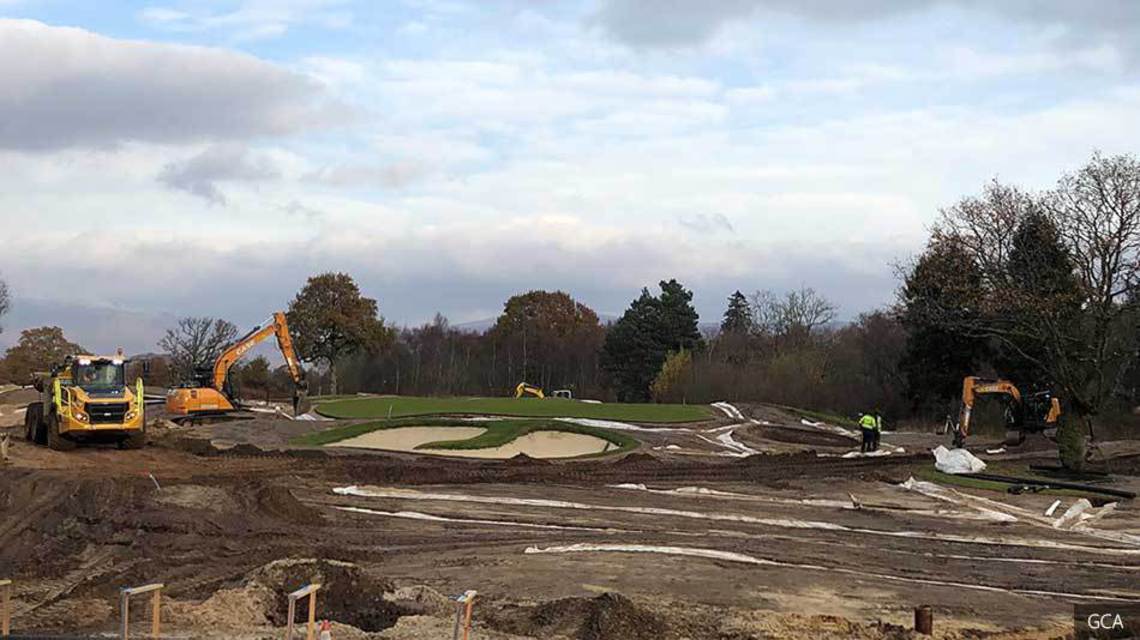 Located in the wettest part of the UK, they recently went under a massive renovation project and installed Capillary Concrete in all of their bunkers to help deal with water and sand contamination issues.

Capillary Concrete is the most advanced bunker liner system for the best performance. When there’s extreme weather – from storms to droughts – your bunkers really show it. The key to better performing bunkers is moisture control. As soon as the sand on steep bunker faces starts to dry out, the risk of plugged ball lies and washouts increase significantly. The Capillary Concrete Bunker Liner System gives you total drainage control and keeps bunker moisture at optimal levels to eliminate washed-out bunkers, soil contamination, plugged ball lies, and other bunker maintenance and playability problems. Capillary Concrete is the only product that can move water in 2 directions. Through capillary action, water can be drained or moved up through the concrete to allow for perfect sand conditions year-round.

Stay tuned for upcoming news on our latest product, Capillary Hydroponics. This system, launching in January, will transform the future of turfgrass by increasing gas-exchange in the rootzone by up to 6,000%, using up to 85% less water, and significantly lower maintenance & labor costs.

For more information about Capillary Concrete and the Loch Lomond project go to www.capillaryconcrete.com.