The Institute has been actively searching out the publications of golf clubs over 100 years old for the past five years. These provide a valuable insight into the early years of golf and the work of pioneers such as Harry Colt, James Braid and Alister Mackenzie. This part of the collection now stands at over 400 volumes. For clubs embarking on their own history, it is a useful starting point as there is a great variety in the form and content of these books. 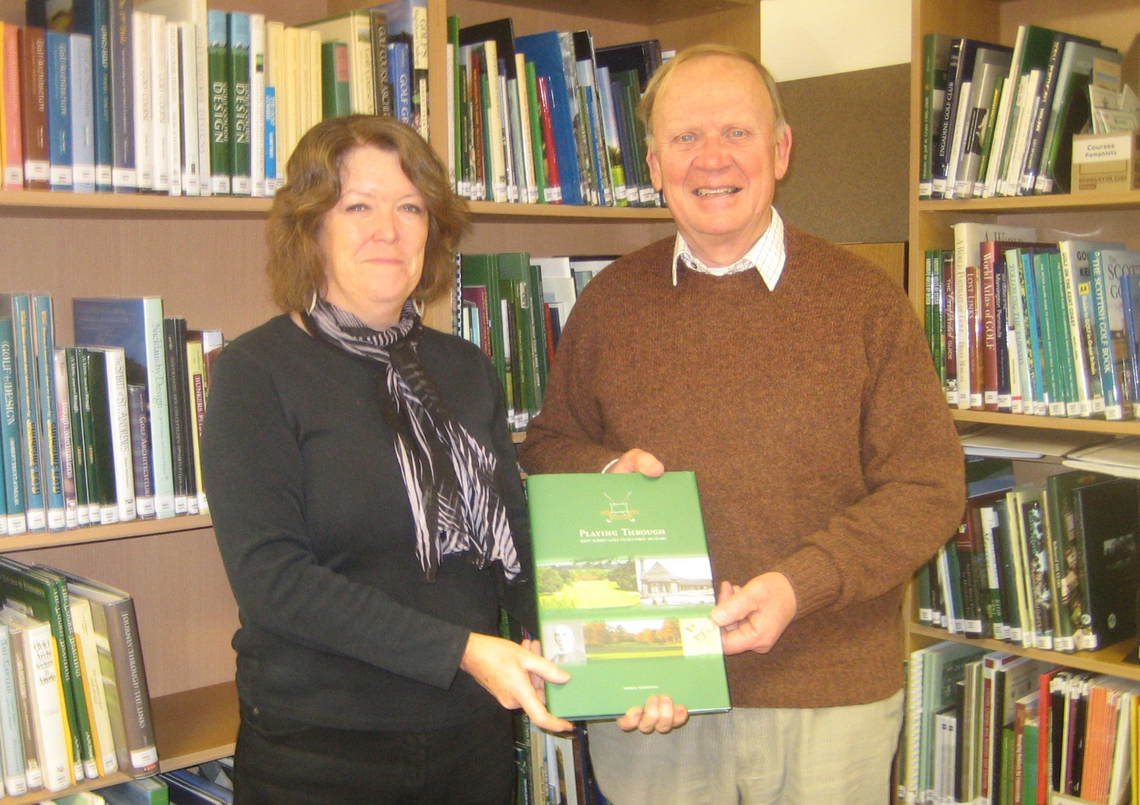 The nineteenth century was a period of extreme change throughout Europe as we moved from a rural society to an urban one. By the end of this period there emerged a new leisured class of people with money to spend. Now, golf had been played for many centuries before that but the end of the nineteenth and beginning of the twentieth saw a growth of interest in the game never seen before or since. Over 500 golf clubs were established in England alone during that period and 300 in Scotland.

The European Institute of Golf Course Architects (EIGCA) is naturally interested in the beginnings of these clubs. Many of them are considering renovation work to coincide with their centenary celebrations and are looking at the original layouts and their designers for information.

Based on the library of the British Institute of Golf Course Architects, and substantially augmented since, initially with a grant from the R&A, the EIGCA Library collection contains the writings of many of the great masters in the field, such as Harry Colt, H N Wethered, George Thomas, as well as the works of more modern gurus like Geoff Shackelford, Robert Muir Graves and Michael Hurdzan. We have facsimile copies of many books published in the first part of the twentieth century, such as The Links by Robert Hunter and Bernard Darwin’s Green Memories. There are guides to courses throughout the world and many works exploring the environmental impact of golf. And we have practical guides to irrigation and greenkeeping which detail the techniques available to the industry today.

Dipping into the club histories, we find a tantalising glimpse of a former age. There are a great many similarities as well as differences in the way these clubs began. Many were started by small groups of enthusiasts, meeting together in the local public house, and making the decision to form a club, setting subscription rates, deciding what land would be suitable and whether the land owner would be willing to rent. The proximity to the local railway was often a factor, as few people would have their own transport. Subsequent years would see the land question often raised, as farmers took back their fields or sold them for other developments, and the committee would be left to search for a new site.
The next question was who would lay out the course. Generally it was the founder members themselves, but sometimes it was the professional at an existing local club. Among these were George Lowe of St Annes, Tom Dunn, Alex (Sandy) Herd and of course Old Tom Morris. These early courses were not sophisticated and were generally remodelled later by more well known architects – Dr Alister Mackenzie, James Braid, Herbert Fowler or J H Taylor – to name but a few.

Greenkeepers were appointed and their wages set. There was, however, no employment protection and these men were often laid off when it was deemed there was no work. Their wives were often asked to make the tea, or serve the whiskey. Prices for these refreshments were set by the committee.

Maintaining the course was another big question, for there was no mechanised grass cutting in those days. Horse-drawn mowers were available but expensive – and the horses had to wear special shoes so as not to mark the greens. The usual method was to sell grazing rights to local farmers and allow sheep the run of the course, making for an unusual hazard when playing! In many clubs the grass was too long to allow for summer use and the course was played throughout the winter.

Nowadays we are used to a course having 18-holes, but this was not always the case. Many started out with nine, or even less – Musselburgh had seven, Blackheath had five and St Andrews had twelve – and the course was played over twice, or more. Folklore has it that a round of golf consisted of 18-holes because there were 18 drinks in a flask of Scotch whiskey!

We would like to thank all club secretaries who have so generously donated their clubs’ centenary books to the Library. They are listed in the Library’s catalogue which can be viewed on the Institute’s web site at www.eigca.org/Library.ink. Non-members may borrow our books for a small fee, and are welcome to visit and view the collection. The Institute is always happy to answer any enquiries about the Library or golf architecture matters generally. For further information please email on librarian@eigca.org