The new survey of KPMG’s Golf Advisory Practice, conducted among 350 golf courses across Europe, Middle East and Africa, reveals that less than half of golf courses in the region were profitable in 2010. Rounds and revenues across the region are down amid widespread cost-cutting and price adjustments at clubs.

When the economic crisis unfolded in the autumn of 2008, many expected a recovery in the economy by the end of 2010. In fact, when KPMG’s Golf Advisory Practice conducted a survey among golf course managers in Europe, Middle East and Africa (EMA) in the autumn of 2009, approximately 60% of the respondents forecasted a return to pre-crisis performance by the second half of 2010. So, where is the golf market now on the road to recovery? 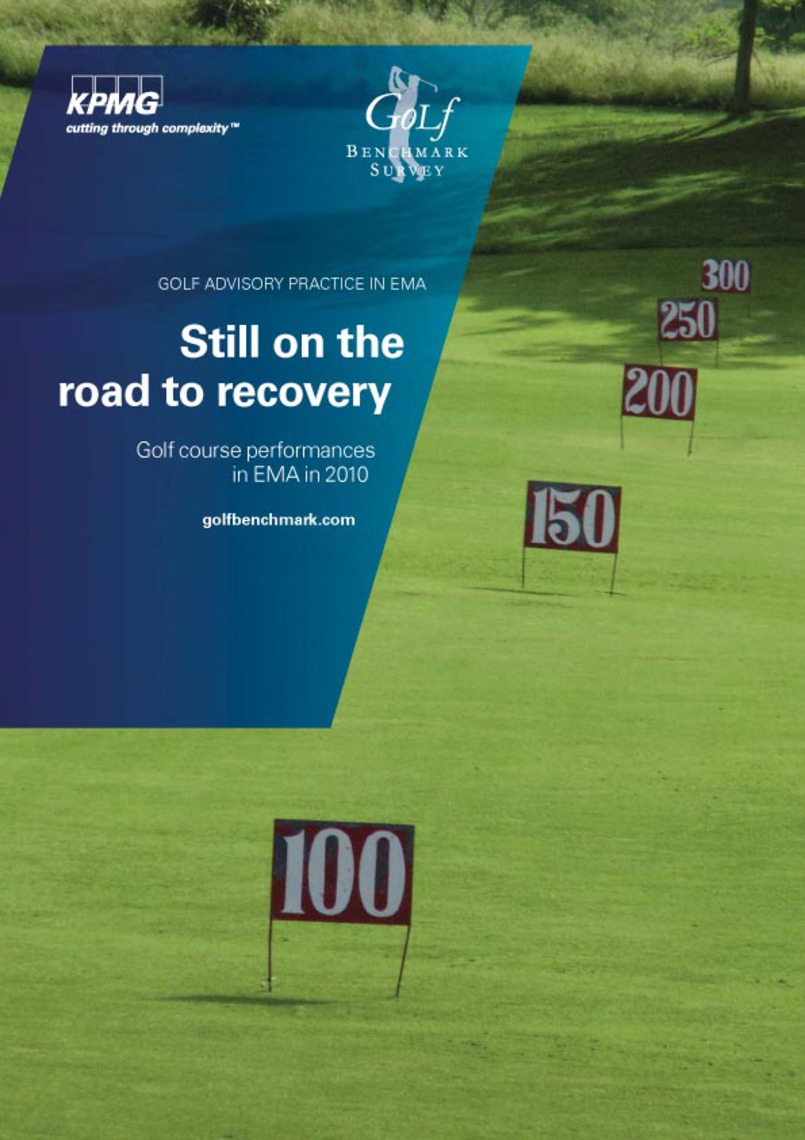 The recently published report, Golf Participation in Europe 2010 showed decreasing demand for the game in several countries in Europe and, above all, in its largest and oldest golf market, Great Britain and Ireland. We can presume that decreasing participation in the game is leading not only to fewer club members but also to reduced rounds played and revenues achieved.

To find out more about the status of golf in different regions, we produced a questionnaire-based survey in January 2011 regarding the performance of golf facilities in 2010 and their future outlook. Over 350 golf course owners and operators have participated in the survey from Europe, Middle East and Africa.

The analysis summarizes the findings of our survey. To download a copy go to Still on the Road to Recovery