The European Institute of Golf Course Architects held their 2011 Annual General Meeting and Conference from 4th-6th May, in the beautiful setting of Potsdam, Germany. This was the first time in 11 years that the EIGCA had staged their annual gathering in Germany, having previously visited Spain, Scotland, England, Italy, The Netherlands, Ireland, and Portugal. 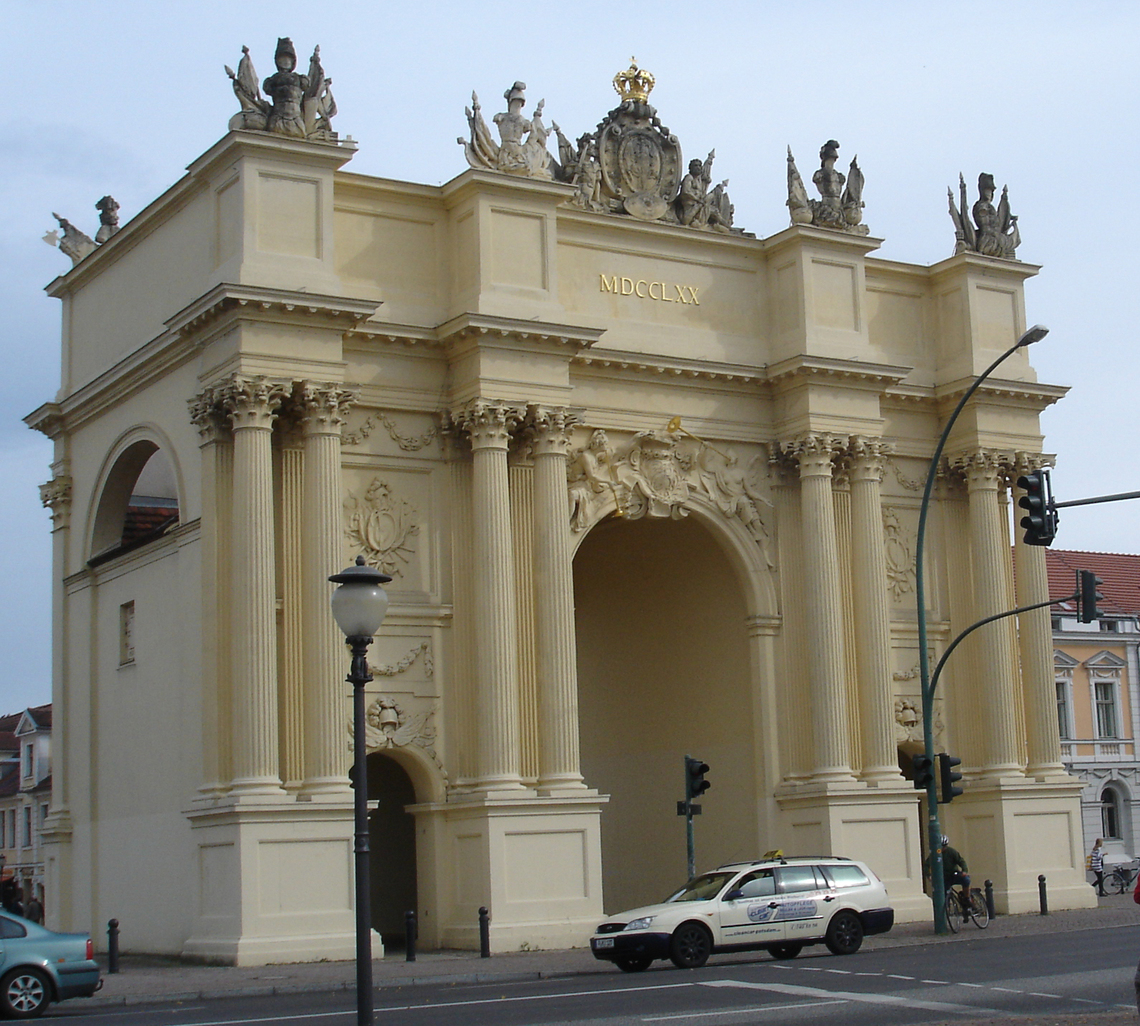 The invitation to visit Germany came from new EIGCA President Rainer Preissmann, who was keen to show how golf and golf course design had developed in Germany over the last twenty years.

The formal proceedings at the AGM saw David Krause end his two year tenure as President. Handing over to Rainer Preissmann David commented;

“The last 2 years have been very exciting for me as president of the EIGCA. The role has allowed me to get a strong understanding of the state of the game of golf and our profession. Our business has changed, and it is important to realize that the cost of the construction and maintenance of golf courses, the difficulty of some courses and the time it takes to play have become very important factors which we as golf course architects need to appreciate.” 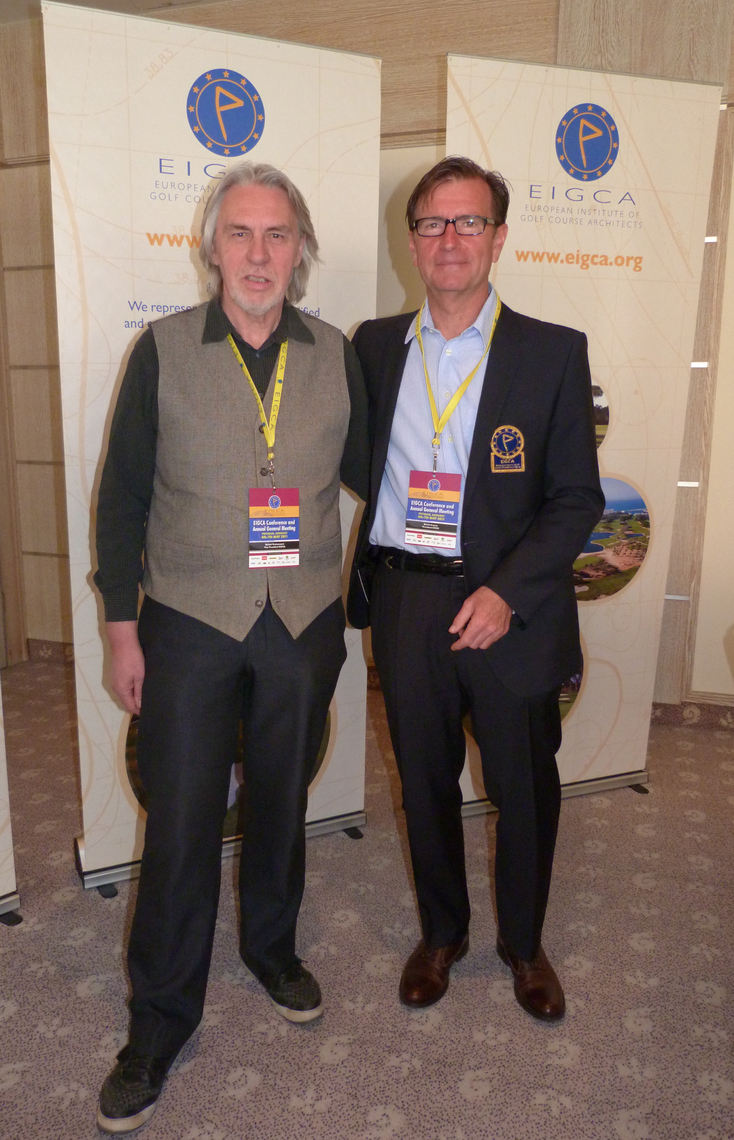 “I have been a council member for 14 years now and as I step down I believe I am leaving the EIGCA as a united, forward thinking and financially strong organisation. I am very proud to be a member of the EIGCA and I hope that you will all support Rainer as he continues to lead the EIGCA forward.”

“I would like to thank David for all his work, not just as President, but also for the lengthy time he has been on the EIGCA Council. He has been a very good ambassador for the Institute and our aims over the whole period.”

Peter Fjällman of Sweden was elected as the new Vice-President. Peter has played an important role as EIGCA Treasurer and has Chaired the Finance Committee for several years.

The EIGCA’s annual golf event was played on two of Rainer’s own courses at Berliner Golf Club, Gatow and the North Course at Seddiner See Golf & Country Club. These venues were also presented as ‘Best Practice’ examples during the EIGCA conference which looked at “Case Studies from the Golfing Environment“. 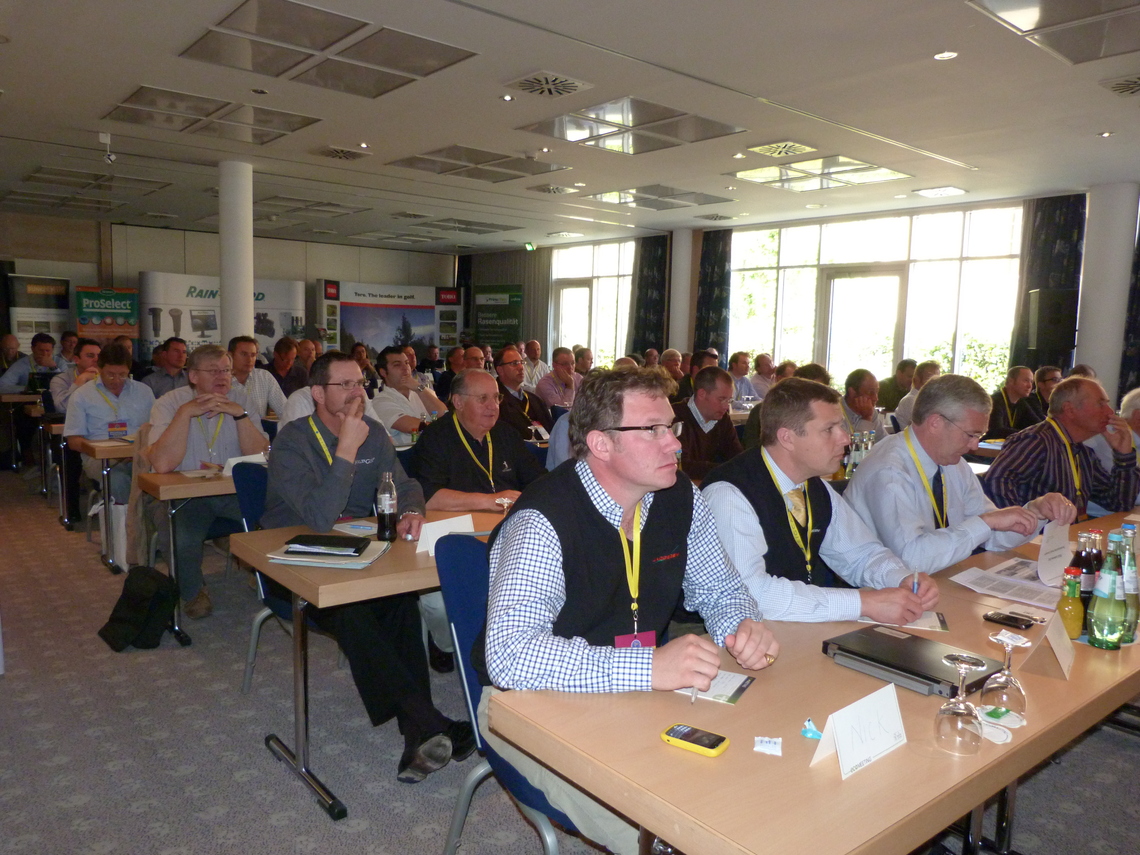 The conference programme covered a wide range of topics, from alternative methods of cart path installation to the development of more sustainable maintenance machinery and improvements in environmental design and construction. Highlights included guest speakers, Bruce Charlton, of the American Society of Golf Course Architects, giving a fascinating presentation of his work at Chambers Bay, venue for the 2015 US Open, while Jonathan Smith of Golf Environment Organization provided an update on the invaluable work carried out by GEO. At his closing speech out-going President David Krause congratulated Jonathan and the GEO for doing so much to improve the way that golf courses are perceived by European Governmental bodies, as well as for setting new environmental standards to which the golf industry needs to attain.

With over 100 delegates the event proved an excellent opportunity for EIGCA Industry Partners, Members and invited guests to discuss the future of golf development (often long into the night!) with a large number of Europe’s best golf course designers.

The social highlight was the traditional “President´s Dinner”, which took place in the Krongut Bornstedt, in Potsdam. This historic Prussian building proved a memorable setting to say thank you and good bye to David Krause who, after an appreciation of his work by Rainer Preissmann, was presented with a historic course plan from Cypress Point to mark his tireless work over many years for the EIGCA, both as President and on the Council.

The President’s Cup, awarded to the champion golfer of the year, was also presented and went to former EIGCA President Ken Moodie, who demolished the field to win by a comfortable margin.

Concluding the celebrations Rainer called for the industry to do more to make golf accessible and affordable to all and expressed his hope that this could be the focal point of the EIGCA conference next year in France.