The 12th Annual General Meeting of the European Institute of Golf Course Architects was held this year in Nice, the first time the EIGCA had visited France for its annual meeting since it’s formation in 2000. 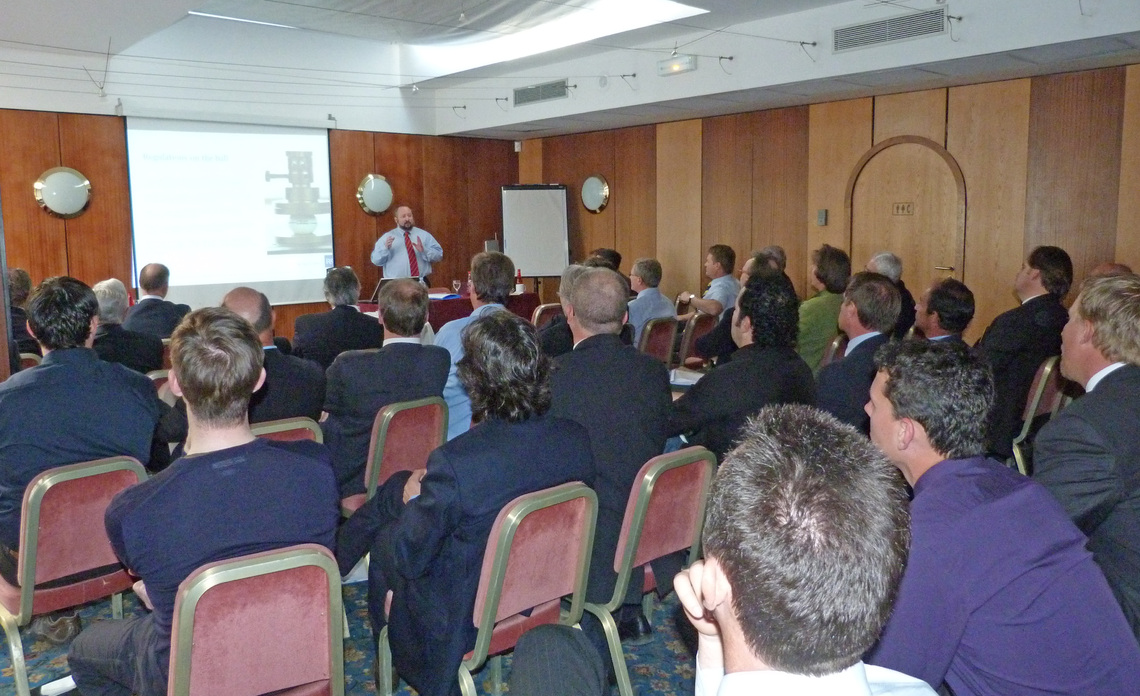 Steve Otto, The R&A, speaking to a group of EIGCA Members

By all accounts it was also one of the most successful, with more than 80 delegates from Europe, the Middle East, and North and Central America enjoying the sea front location at the Holiday Inn Resort, some wonderful weather and great golf courses.

The highlight of the AGM was a fascinating presentation from Dr Steve Otto, The R&A's Director of Research and Testing, on recent developments in golf equipment. Inevitably this sparked plenty of lively debate amongst the membership on the growing impact of technology on the game and, more specifically, golf courses.

Playing local courses is always an important part of the EIGCA’s annual gathering, and this year was no different, with the two courses selected for the official competitions giving delegates the opportunity to compare and contrast the old and the new. 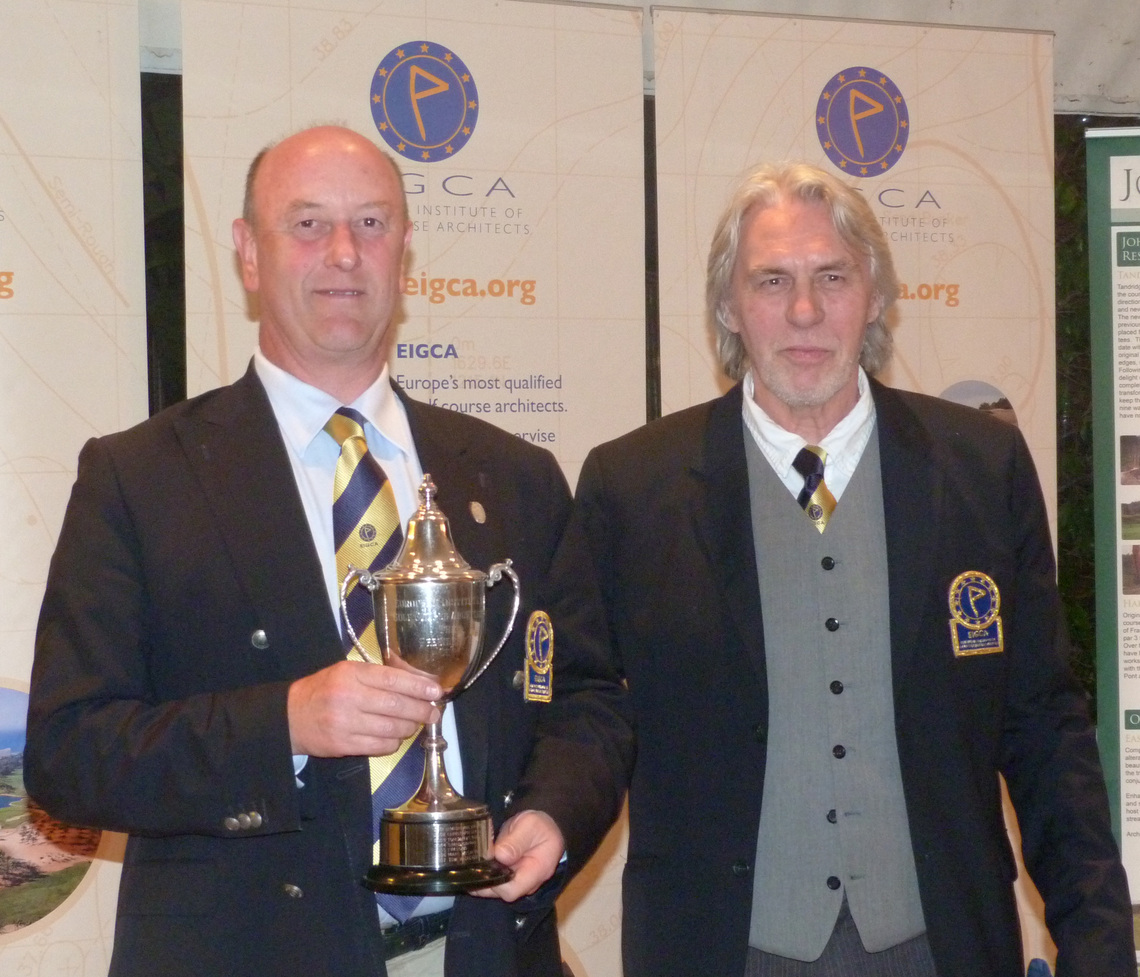 The President’s Cup was played over two rounds, with the first at the Harry Colt designed Cannes-Mandelieu Old Course. This is one of the oldest golf clubs in France and the picturesque course features fairways lined by umbrella pines and a river which has to be crossed by a ferry.

The second round was played on Le Château Course at Terre Blanche, one of the newest courses in the area, and also one of the most highly ranked in France. Le Château was designed by EIGCA retired member Dave Thomas and was ranked 18th in the recent Golf World Top 100 courses of Continental Europe.

EIGCA Member Bruno Steensels won the President’s Cup with some great golf, while the award for the top guest went to Andy Brown of Toro. Runners Up were Stuart Hackwell (Rainbird) and Christoph Staedler, at the Old Course and Terre Blanche respectively, while Andy Brown, Rick Elyea (Jacklin Seed) and Thomas Beckmann (Rainbird) made off with the nearest the pin prizes. 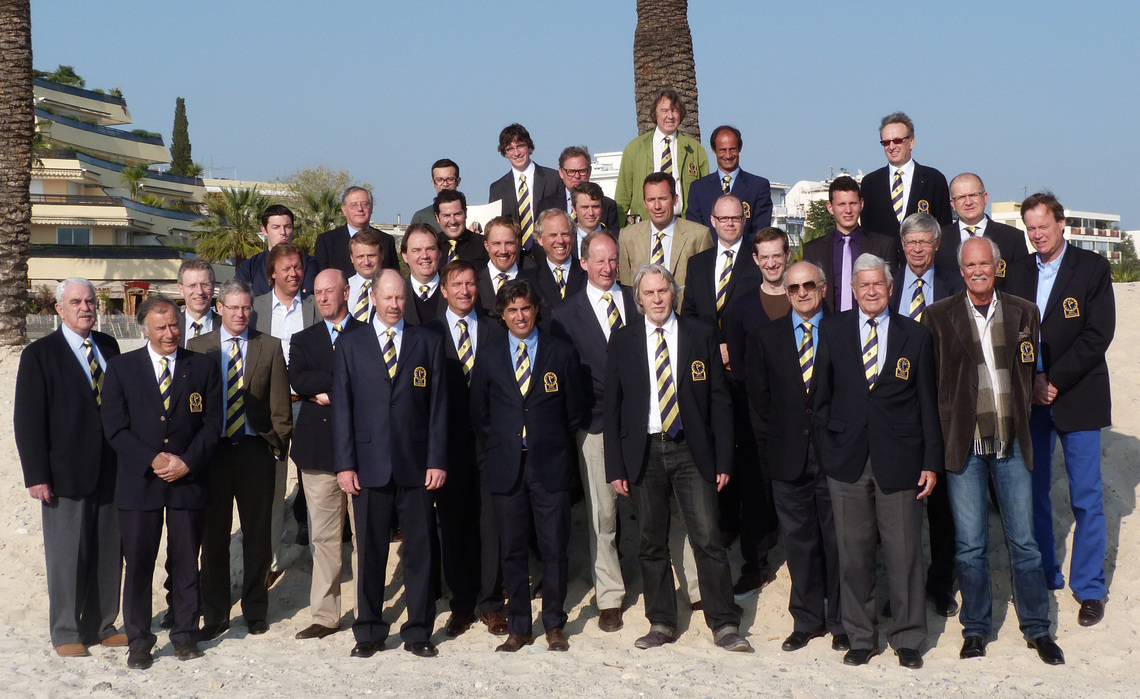 Following the AGM EIGCA President, Rainer Preissmann, gave special thanks to all the EIGCA Industry Partners and Patrons for their support, and expressed his hope that all the delegates had taken the opportunity to talk with old friends and, most importantly, make new friends.

To finish off Rainer commented; “You’ve got a whole year now to prepare yourselves to join us at the 2013 AGM and Conference in the South of Sweden in late April/early May. We will do our best to arrange the same weather conditions for Malmo next year!”