New KPMG report - Round and revenue trends in EMA 2011

This report is based on a questionnaire-survey of 380 golf course operators in the EMA region about their business performance in 2011, the measures they have taken to improve profitablilty, as well as their future expectations. It is the first time since the onset of the economic downturn in 2008 that the annual survey has returned positive results. There was a similar improvement in sentiment, with 57% of all facilities surveyed saying their business performance was ‘good’ or ‘excellent’, and only 8% as ‘poor’ or ‘very poor’, compared with 44% and 17% respectively in 2010. 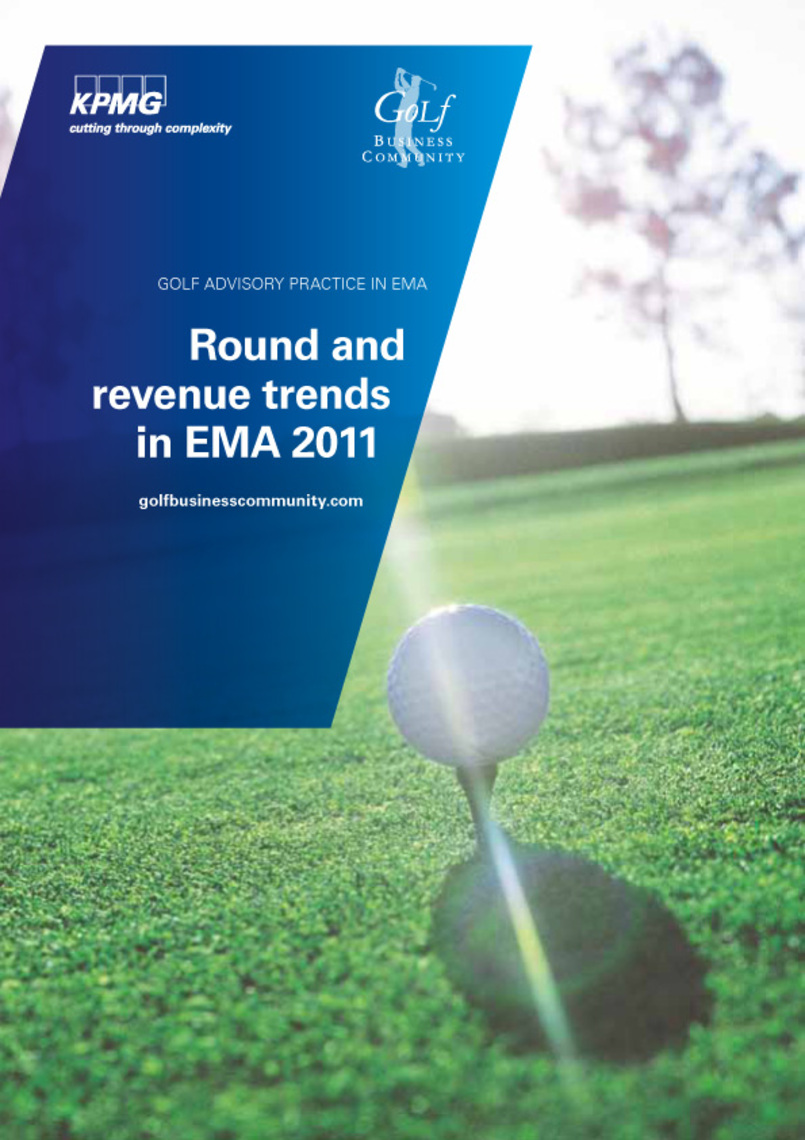 Golf courses in the Middle East and North Africa region outperformed other markets in 2011, with 78% of facilities surveyed reporting ‘good’ or ‘excellent’ results, although some courses in North Africa experienced poor results due to political instability.

Golf courses in Great Britain and Ireland, the largest golf market in the EMA region, reported strong results, with 61% of courses reporting ‘good’ or ‘excellent’ results. However, courses in Eastern Europe returned the weakest results with nearly a third reporting ‘poor’ results.

Among the most notable findings are:

there are signs that golf courses in Europe, the Middle East and Africa have started to recover from the economic downturn

In terms of future outlook, 46% of golf facilities expect an improved year in 2012 and 37% foresee similar performance to 2011. Meanwhile, 17% of the operators surveyed forecast a decline in performance this year – operators in Western Europe, the south-east Mediterranean as well as in Great Britain and Ireland, being the most pessimistic.

Overall, only a quarter of operators surveyed have reached the same business performance level as before the economic downturn, while close to half do not expect to fully recover before 2014.

Andrea Sartori, head of KPMG’s Golf Advisory Practice, said: “While there are signs that golf courses in Europe, the Middle East and Africa have started to recover from the economic downturn, the speed of that recovery is variable across the region and it will still take time to return to pre-downturn levels of business performance.

“Although much depends on the overall economic climate, active measures for improved business performance can significantly help facilities to develop. Our survey shows that the golf course businesses that are performing well are successfully identifying and reaching the right target customers via effective communication channels, offer a well-defined service mix within an appropriate pricing policy and are active in improving their cost efficiency.”

The survey results will be addressed by key industry professionals at the upcoming Golf Business Forum, to be held at the Renaissance Tuscany Il Ciocco Resort & Spa, 17-19 September 2012.