First written by Guy Bennett, a pre-war Secretary of the club, it has been extensively edited and added to by John Churchill, who has been a member of the Club for 55 years and studied the “archaeology” of the courses. This is available only as a Kindle e-book from Amazon, but Mr Churchill has kindly deposited a hard copy with the EIGCA Library. 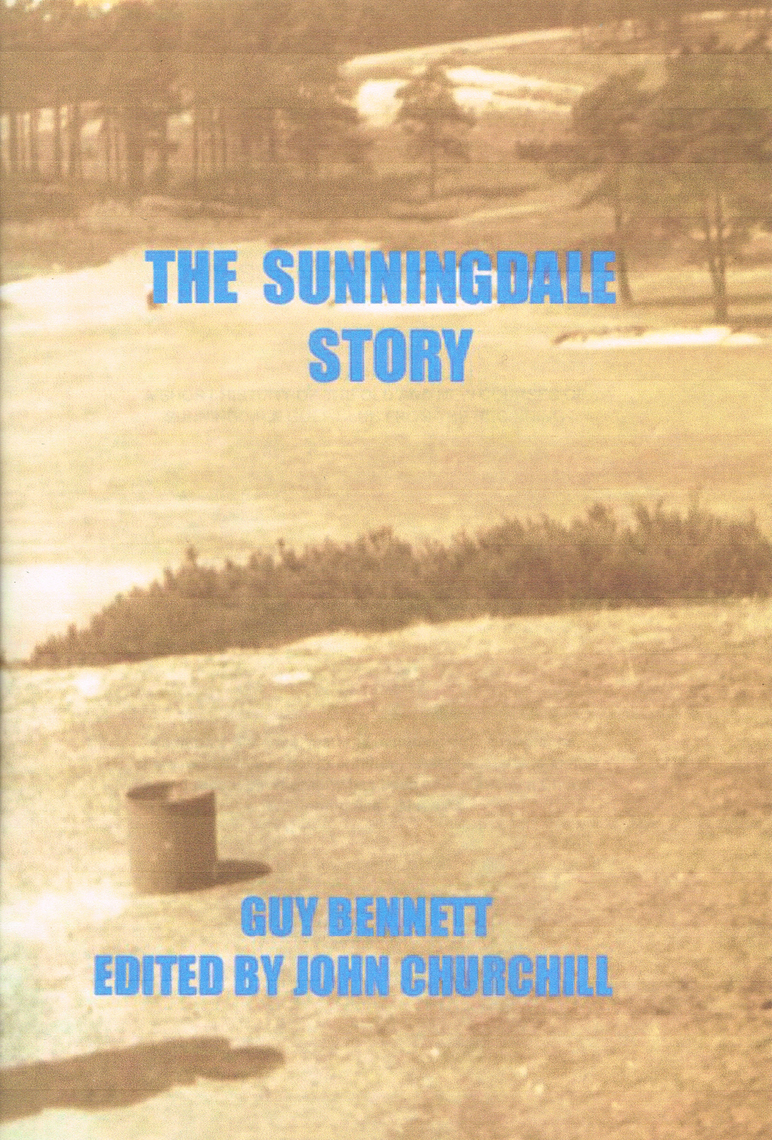 This modern editing and considerable expansion of a book first published on a micro scale in 1957, but which remained relatively unknown in the golf world, covers the various changes and re-designs that have occurred to the two Sunningdale courses over the last 100 years. It contains many “then and now” photographs of various Sunningdale holes, some still in use and some extinct, together with explanations of why many of the changes came about, which architects made the different alterations, and why.

Included is a list of references and relevant web sites where the reader can delve more deeply into various aspects of Sunningdale’s history.

Mr Churchill has also sent us a copy of Bernard Darwin's 1924 pamphlet on Sunningdale.