Christy - From Rough to Fairways, an autobiography by Christy O'Connor Jr

We would like to thank Christy O'Connor Jr, EIGCA Senior Member, for donating his book to the Library.

After turning professional in 1967, Irish golfing legend Christy O’Connor Jnr was at the forefront of the PGA European Tour for over two decades. He won seventeen times in seven different countries during a very successful career on all PGA tours. 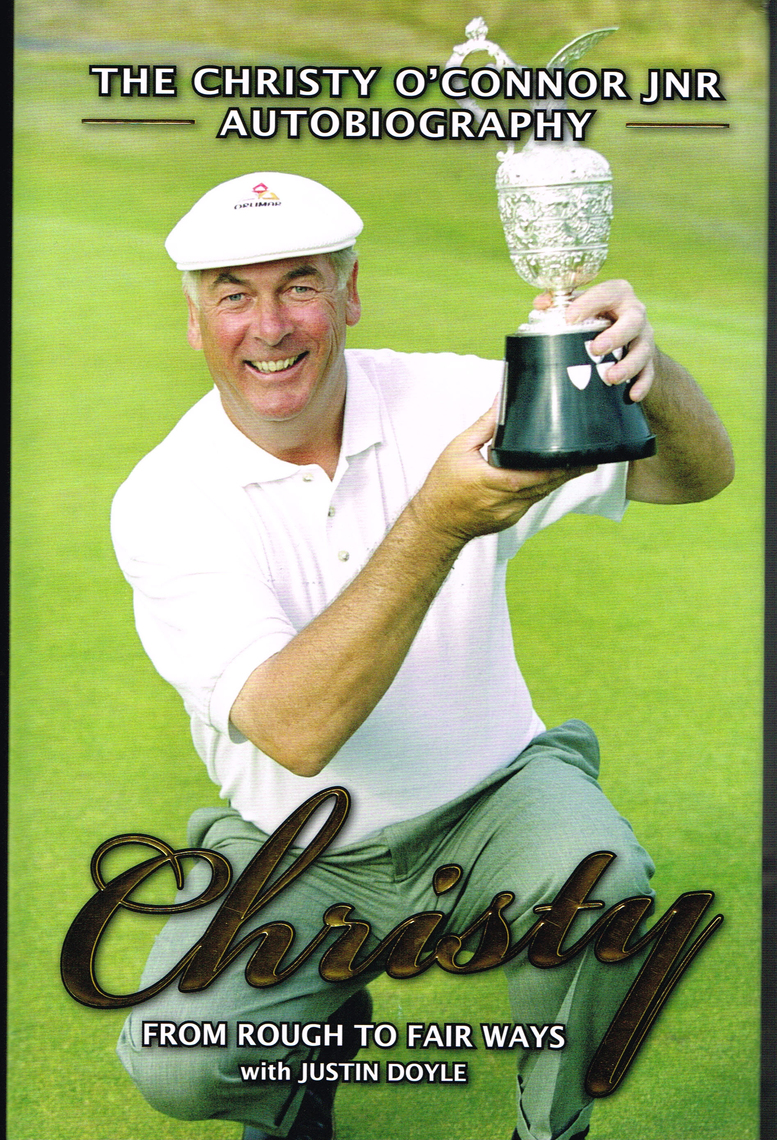 Christy represented his country on numerous occasions including the World Cup, the Alfred Dunhill Cup, the Double Diamond, the Hennessey Cup and the Ryder Cup. His most memorable being the 1989 Ryder Cup matches at the Belfry when he defeated the then world no.1 Fred Couples, when he hit a magnificent two iron to the 18th green which created a one hole victory and helped Europe to retain the Ryder Cup.

Christy joined the European Seniors Tour in 1998 and the US Senior Tour in 1999. He claimed his first title at the State Farm Senior Classic near Baltimore after surviving high temperatures and a late challenge from Bruce Fleisher to win by one stroke. He returned to the North of Ireland in July of that year and won his first major title the Senior British Open at Royal Portrush. He won in the US for a second time in mid August of 1999 at the Foremost Insurance Championship near Grand Rapids. In 2000 he returned to Northern Ireland to defend his Senior British Open title at Royal County Down. He became only the second player to defend the tour’s major championship when he won the event by two strokes.

Since then Christy has played on both senior tours in Europe and the United States, but his real love these days is the creation of golf courses throughout Europe and now on an international level.

He designed his first project in 1986, and since then he has become one of the most respected and leading golf course architects in the industry. With well over thirty projects throughout Europe, his talent and expertise are now being sought on an international level.