Golf is worth €15.1 billion annually to Europe's economy, a new study has revealed. 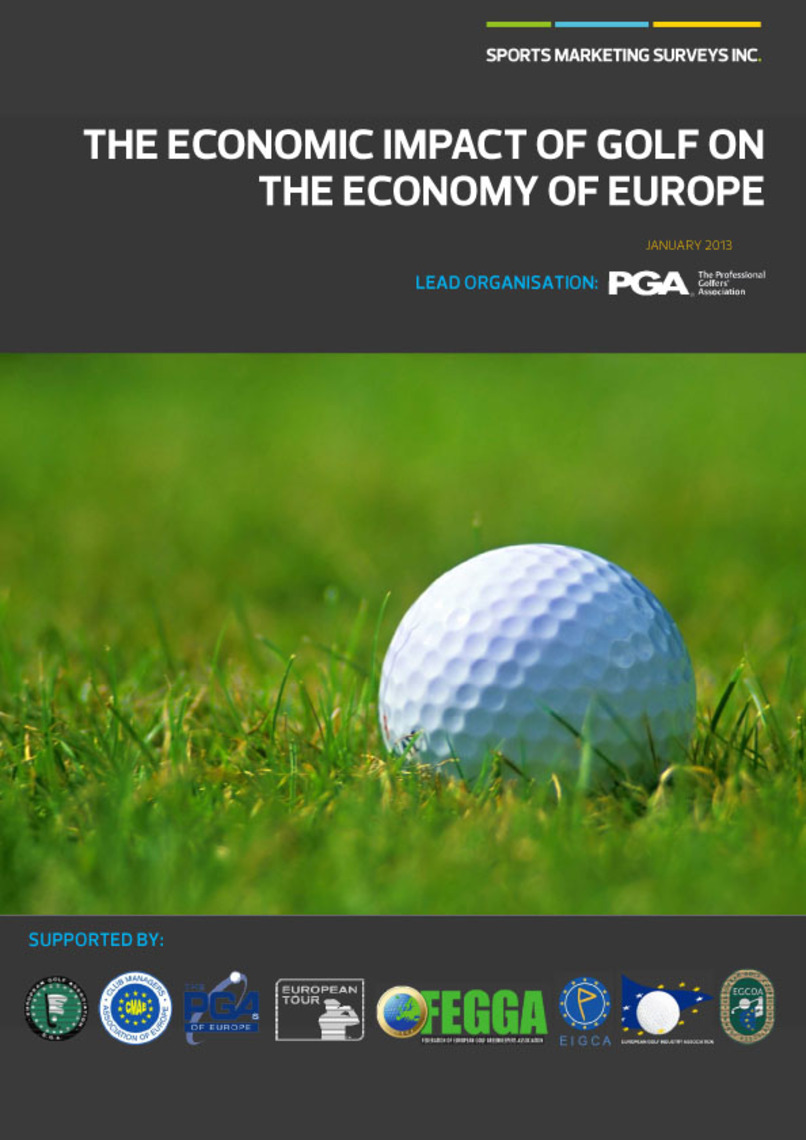 The report, produced by SPORTS MARKETING SURVEYS INC. (SMS INC.) and commissioned by The Professional Golfers' Association (PGA) and supported by other leading bodies including EIGCA, the European Tour and European Golf Association, highlights the importance of the golf industry across the continent.

The game's impact is particularly significant in Great Britain & Ireland where it is valued at €6.1 billion - a total that accounts for 41 per cent of the European total.

Key economic findings across the 27 European Union nations plus Norway and Switzerland, which represent a combined population of 510 million, show the sport is responsible for a minimum of 180,000 full time jobs and employee wages of €4.4 billion.

While the well-documented economic downturn has hit popular European golf destinations such as Spain and Portugal, golf tourism still contributes €1.5 billion of the annual impact.

On the course, the strength of the game matches the economic impact with eight men in the top 20 end of year world rankings and nine women in the top 50 of the Asian dominated standings. International team success is exemplified with the Ryder Cup, Solheim Cup, Walker Cup and Curtis Cup all residing this side of the Atlantic.

PGA chief executive Sandy Jones commented: "Golf plays a significant role both in its economic impact and also in delivering social, behavioural and sporting benefits with the PGA professional firmly at the centre of the golf industry.

"In addition golf is also a huge contributor to charitable causes in Europe and last year generated more than €85 million supporting a range of good causes."

A copy of the full report, The Economic Impact of Golf on the Economy of Europe, can be downloaded here:

Download PDF:
The Economic Impact of Golf on the Economy of Europe