Golf's Grand Design: The evolution of golf architecture in America 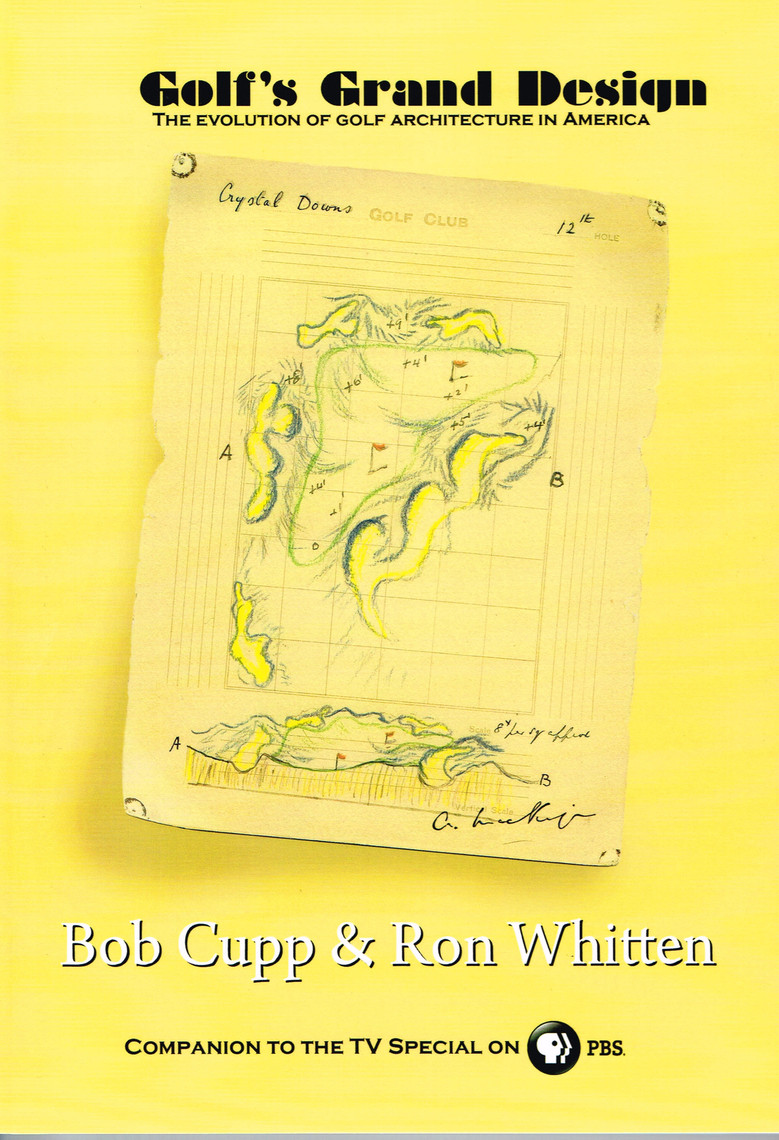 In each chapter, based upon one of the drawings, Cupp and Whitten explore a different facet of the course depicted and present unique perspectives into the craft and art of golf course architecture. These sketches are the vehicles by which design becomes grass. They are not AutoCAD plottings used to clear permits (full of technicalities practically indecipherable by everyday folks), but intimate, immediate and sometimes idiosyncratic streams of consciousness that are handed to a bulldozer operator, along with words of instruction, which become reality; the very crux of golf design.

These drawings seldom survive; ending up as grocery lists, note pads or even shelf paper. But if one comes back to the designer after the fact - after the hole has been played and proclaimed fun, the drawings become treasures. Written in a lively conversational format, Golf’s Grand Design takes readers behind the scenes in the creation of many of America’s finest courses, from the modest-budget Bully Pulpit in North Dakota to the mega-budget Shadow Creek in Nevada.

The authors retell the discovery of the land that became the groundbreaking Sand Hills Golf Club in Nebraska and relate the extensive process required to complete the environmentally-sensitive Liberty National in New Jersey. They take readers behind the scenes with Jack Nicklaus at work and at play, analyze what made Donald Ross and A.W. Tillinghast such great architects, offer insights into the little-known design talents of PGA Tour Hall of Famers Tom Kite and Tom Watson and pass along revelations regarding such famous holes as “The Cape” and “The Redan.”

They conclude with a short discussion of the impact that technology has had on the world of golf. Golf’s Grand Design is intended for all who enjoy golf or who, by virtue of these stories, might consider the game. It provides a fresh approach to understanding and appreciating good golf architecture. It will certainly be one of those books with a long shelf life because its content is not trendy but factual. It is the story of American golf and a living description of the creative process of a game that somehow worked its way into our very souls.