The Ryder Cup: a history of golf's greatest match

By Peter Pugh & Henry Lord. Published 2012. For those old enough to remember, the Ryder Cups before the 1980s were often dispiriting affairs, especially if you were British. The Americans were simply too good and the British won only very occasionally. There was the odd exception such as the famous British led victory at Lindrick in 1957 when the team was led by the redoubtable Welshman, Dai Rees, and the draw in 1969 inspired by Tony Jacklin, who had become the first Englishman to win the Open Championship since Max Faulkner won at Royal Portrush in 1951. 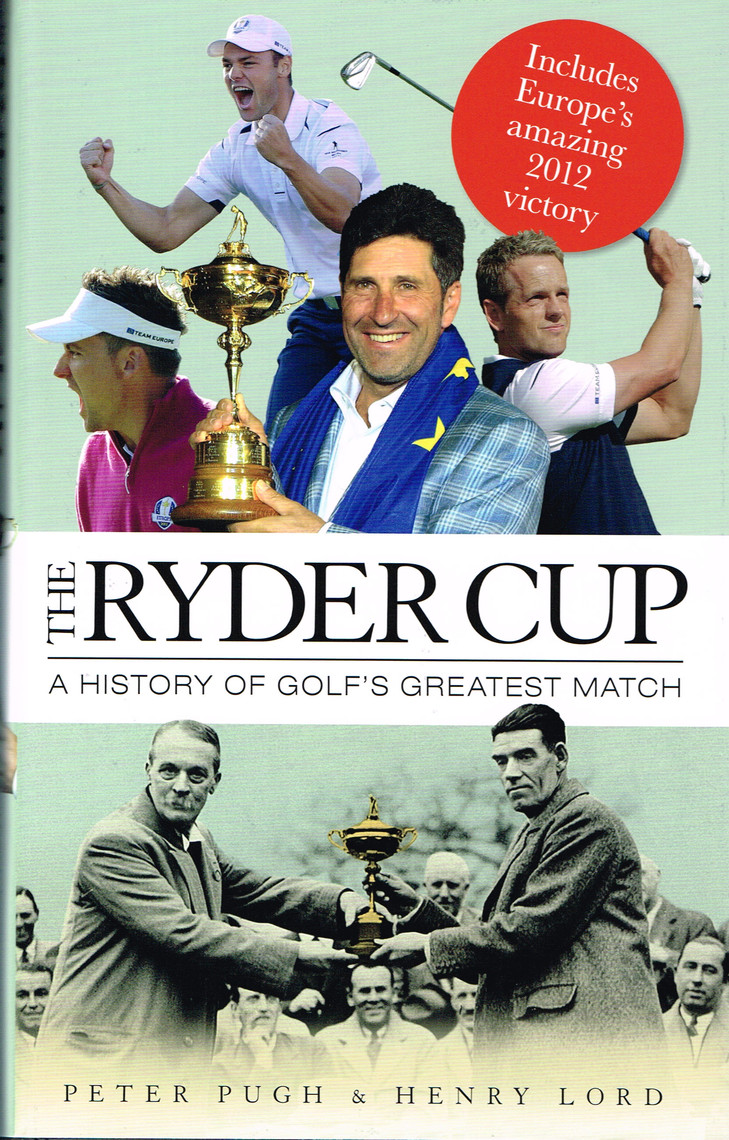 At the end of the 1970s, the great American golfer, Jack Nicklaus, suggested that the British invite golfers from Europe to join their team. Seve Ballesteros from Spain and Bernhard Langer from Germany were just coming to the peak of their careers and it was an inspired suggestion that fortunately the British accepted.

The contest became more even and the Europeans began to win as often as the Americans. Indeed, since 1981 Europe has won ten of the sixteen contests.

There have been many close and exciting contests with huge dramas developing on the last day. Standing out are the matches at Brookline in 1999 when the Americans overturned a deficit of 10-6 going into the final day; Celtic Manor in 2010, when the Americans nearly, but not quite, overturned a substantial European lead; and finally at Medinah in 2012 when the Americans were cruising comfortably to victory on Saturday afternoon with a 10-4 lead, only for the Europeans to fight back: first by winning the last two fourballs on the Saturday and then winning 81/2 points out of 12 in the singles on Sunday. The Ryder Cup captures all the glory of golf's greatest match.

About the authors:
Peter Pugh was educated at Oundle and Cambridge, where he was a member of the golf team. He has written many books on golf and golf clubs as well as about 50 company histories, including The Magic of a Name, a three-volume history of Rolls-Royce. Henry Lord is the co-author of the highly acclaimed Creating Classics: The Golf Courses of Harry Colt (Icon, 2008), Masters of Design: Great Courses of Colt, MacKenzie, Alison and Morrison (Icon, 2009), and St Andrews: The Home of Golf (Corinthian, 2010), which includes a foreword from the great Ryder Cup player and captain, Seve Ballesteros.