It is just over a year now since we put out the 16th Revision of the MacKenzie Chronology, and after a lot of hard work by a number of contributors, we are now ready to unveil the 17th Revision. 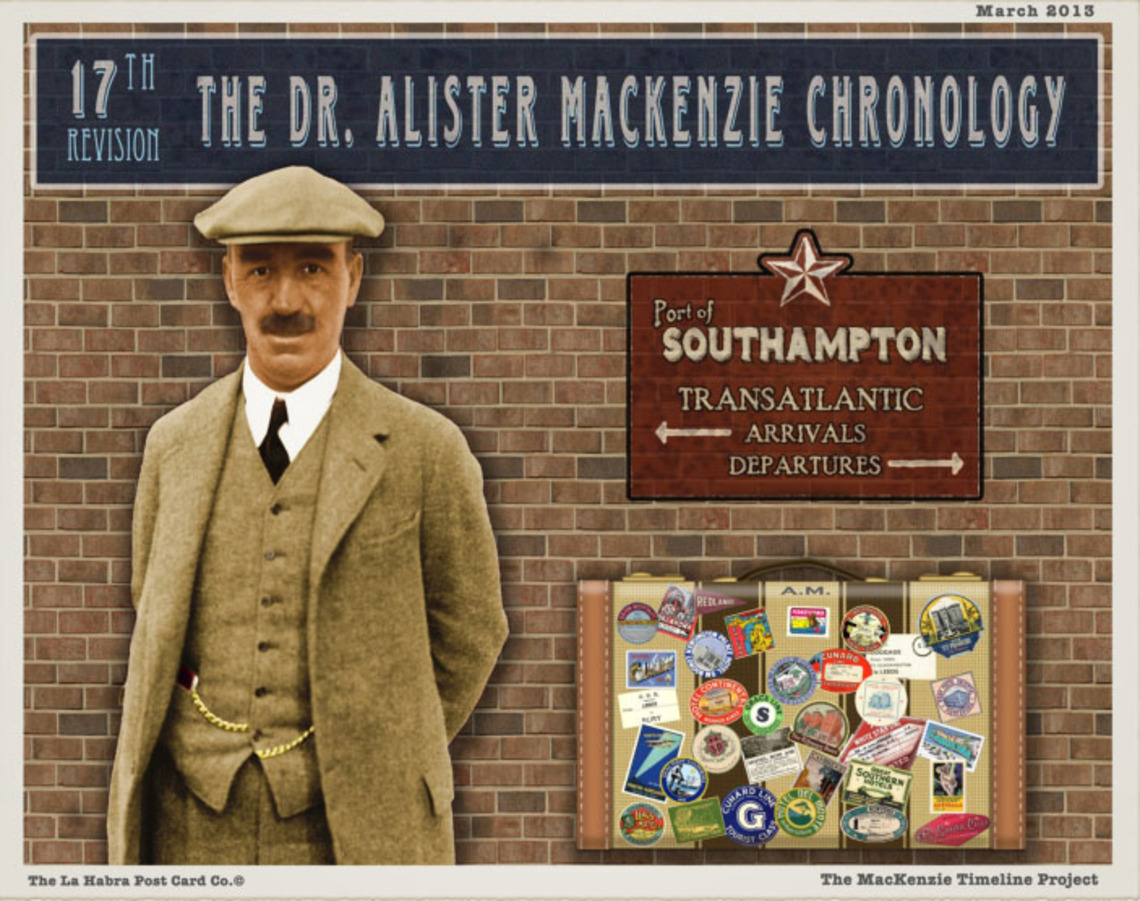 After the 16th was released, we did think that it would be very difficult to top that one, but we are confident that the 17th fills in a lot of gaps, especially in MacKenzie's early years, family and education. We have welcomed the support of Alastair McManus, the grandson of Alister's sister Marion, who has been researching the MacKenzie family and has kindly agreed to contribute some of his information to this issue of the Chronology.

Tommy Naccarato, the California based golf architecture afficionado and graphic artist, has given us a great front cover complete with a colorised photograph of Dr MacKenzie and he even managed to track down MacKenzie's old suitcase complete with travel stickers from all the places he visited! Quite the sleuth! Tommy's back cover also depicts some of the trains and ships Mackenzie used in his world travels.

To the members of our Mackenzie Research Group - Nick Leefe, Sean Tully, Niall Carlton, Mark Rowlinson and Mark Bourgeois - thanks again for your contributions and efforts to bring this latest revision of the Chronology to fruition. We also thank the other contributors to the Chronology for their part in making this happen.