Czechoslovakian Golf History till the Year 2011

This presentation is based on a publication “History of Golf in the Czech Counties and Slovakia” by Mr Prokop Sedlák, the former Vice President of the Czech Golf Federation, an important personality from Líšnice Golf Club and the entire Czech Golf scene. It has been prepared by EIGCA student, Jakub Cervenka. 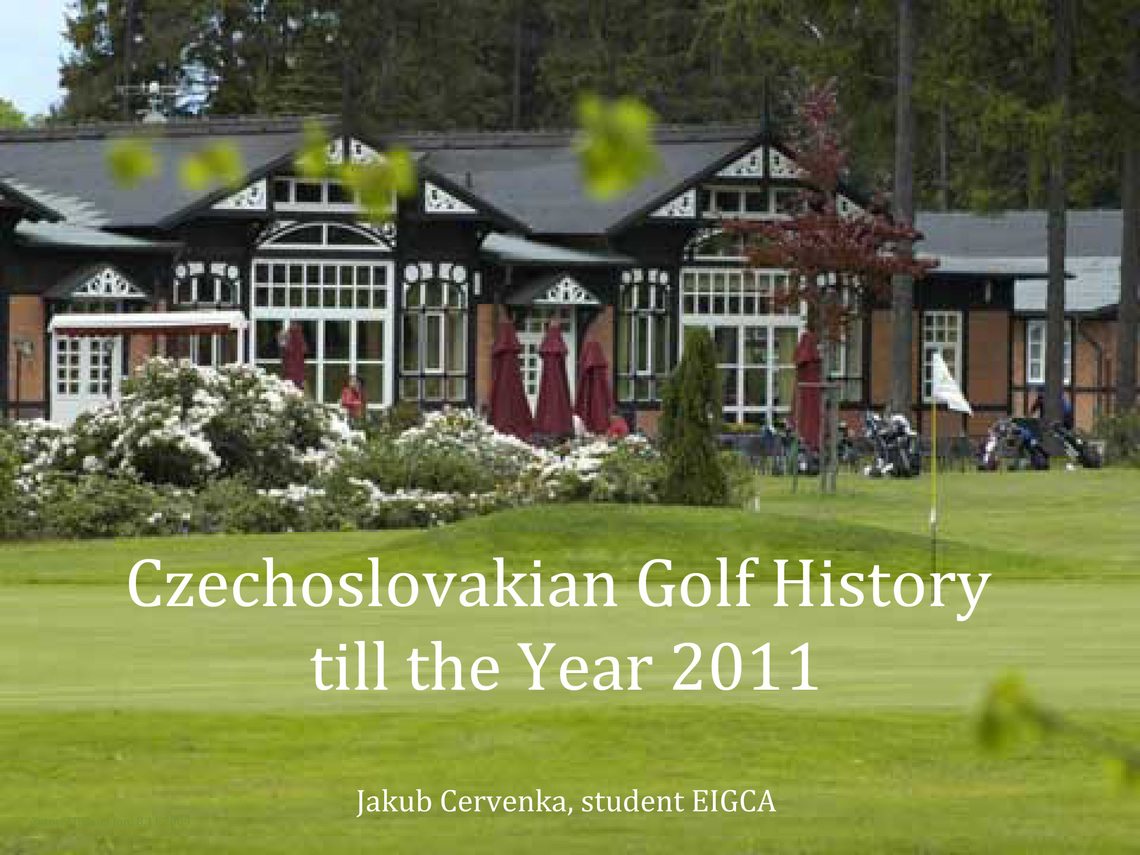 The first two Czech golf courses were established at the turn of the 20th century. The first was in Karlovy Vary established 1904, and a nine hole course in Mariánské Lázn? opened the following year. Both golf courses used primarily by foreign clientele and golfing in the Czech Republic only started to gain in popularity before the First World War when the well known Ringhoffer family converted some of their land near the village of Volešovice into a golf course later known as the Ringhoffer Volešovice Golf Club.